What the Shell offers an interactive tutorial. Here the rules can be learned through a trial game. When you play the game for the first time, the tutorial will start automatically. Afterwards you can find it under “Tutorial” when pressing the “Play” button.

Goal of the Game and Mechanics

The object of the game is to form a vertical, horizontal or diagonal line of at least five turtles. Each turn, both players simultaneously choose a field to place their turtle. Then it is revealed where they played. The game is not about speed, but about taking the tactically best position on the board.

If both players choose the same space, an egg forms there. It can be captured or turned into a turtle.

The game ends when one of the players forms a line of at least five turtles. However, it is possible for both players to form a line at the same time. In this case, whoever has the longest line wins. If both lines are the same length, then the game continues to sudden death.

Turtles and eggs can be captured. Players may capture opposing turtles and/or eggs by trapping exactly two pieces in a line between their own turtles. The following combinations are possible: 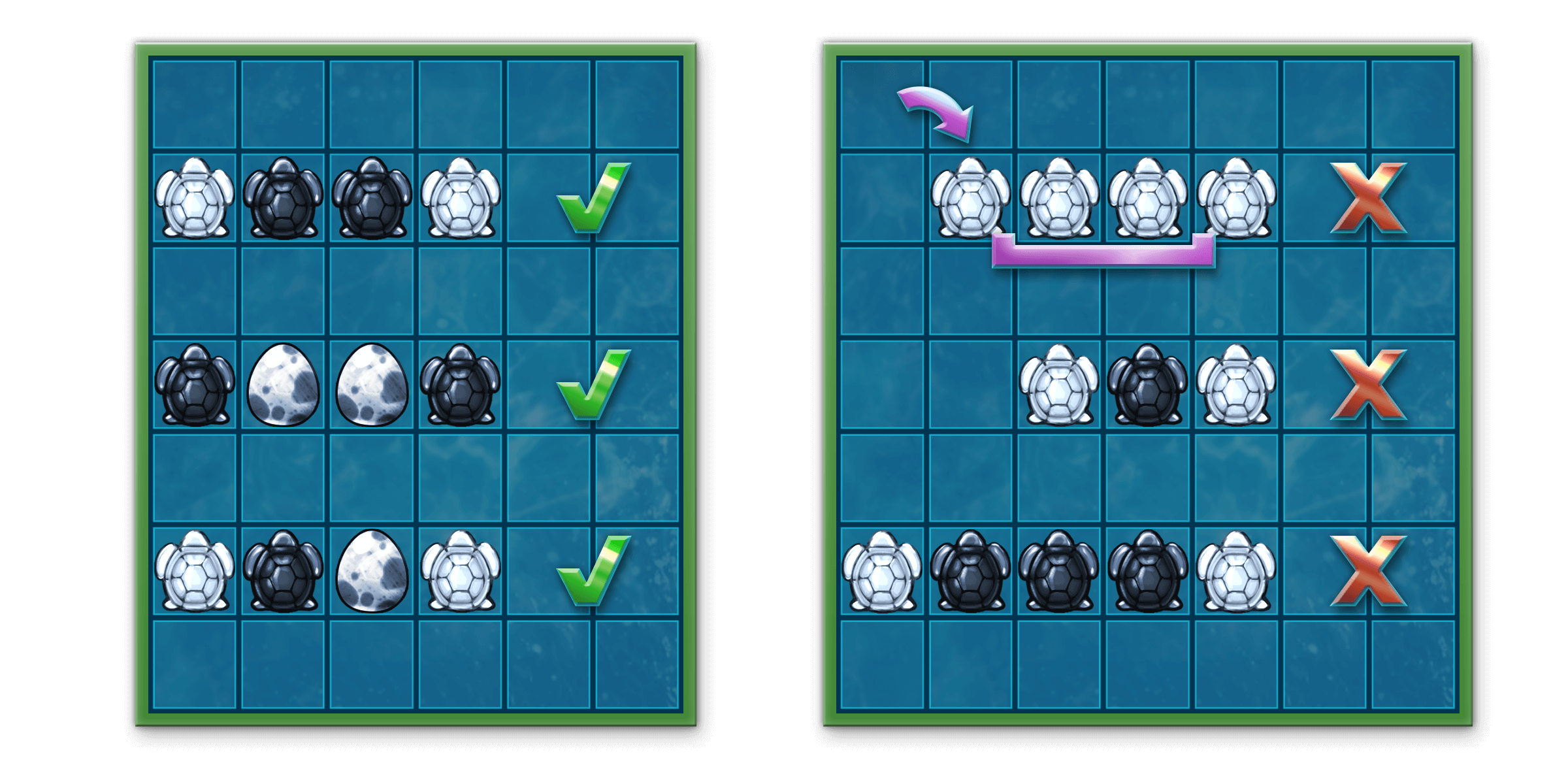 
When one or more turtles resp. eggs are captured, they disappear from the board and as a reward an existing egg turns into a turtle of the capturing player. If this newborn turtle is able to capture, it immediately makes another capture, which then hatches the next egg for you.

After eggs hatch, they are numbered in the order in which they appear, starting with 1. When a player makes a capture, the egg with the lowest number is transformed first. When an egg hatches or is erased, the numbers are automatically corrected according to their order.

If two players make a capture at the same time, the egg with the lowest number disappears. 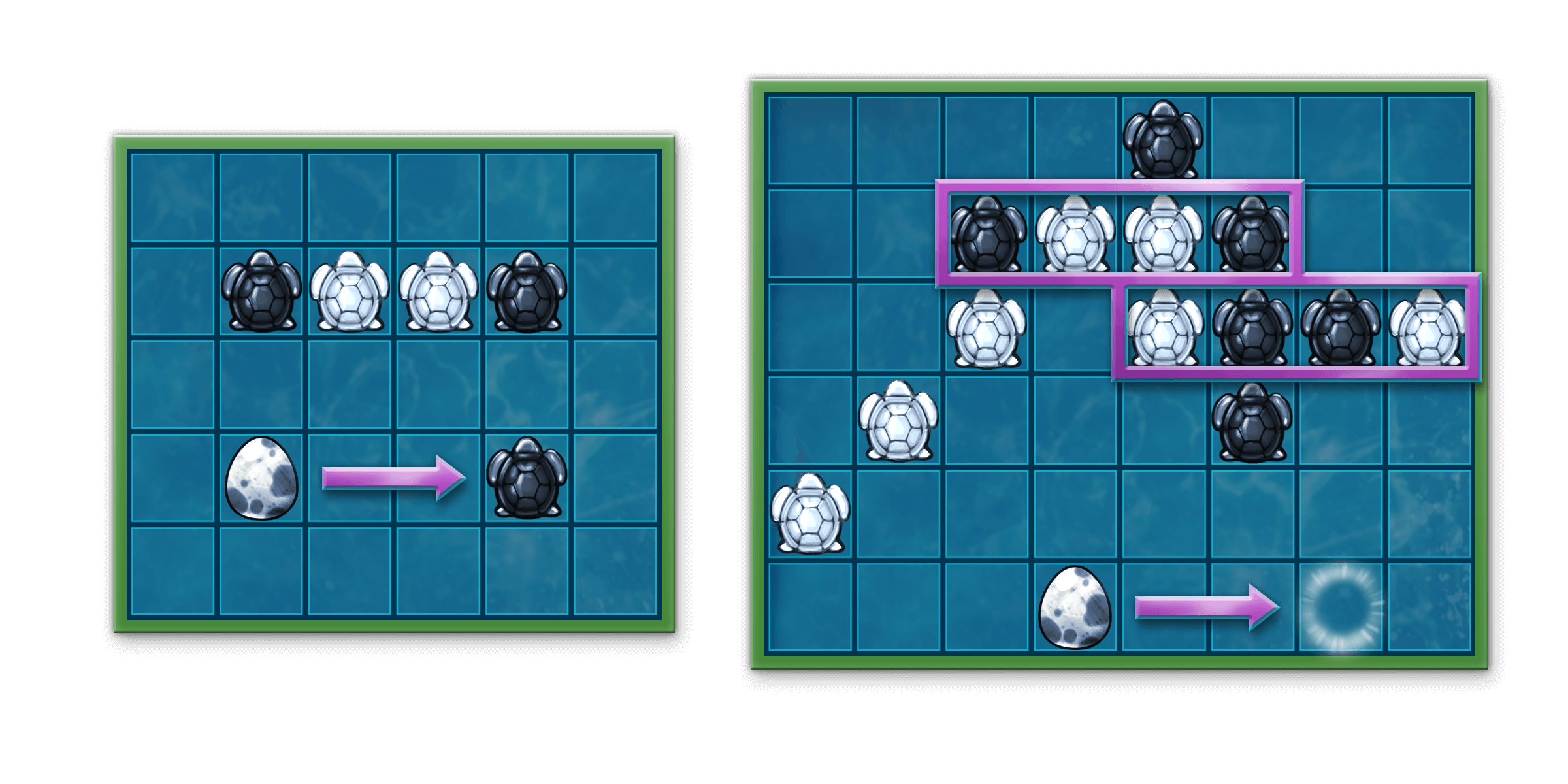 When both players have a line of five turtles in a row and neither line is longer, sudden death begins. At this point, players play as usual until one player has more “winning” turtles than their opponent. A turtle is considered winning when it is in a line of at least five turtles.

Typical strategies during sudden death are either to capture a turtle in the opponent’s line or to extend your own line. You may even win by forming a second line of five turtles.

How can I change the level of difficulty?

You can find the option for the difficulty level by opening the settings (gear) in the main menu. Now tap on the button below “Computer” to switch between the different levels.

How can I turn off the sound/music?

The options for adjusting the music and the sound can be found in the settings. You can open these via the gear wheel on the main screen.